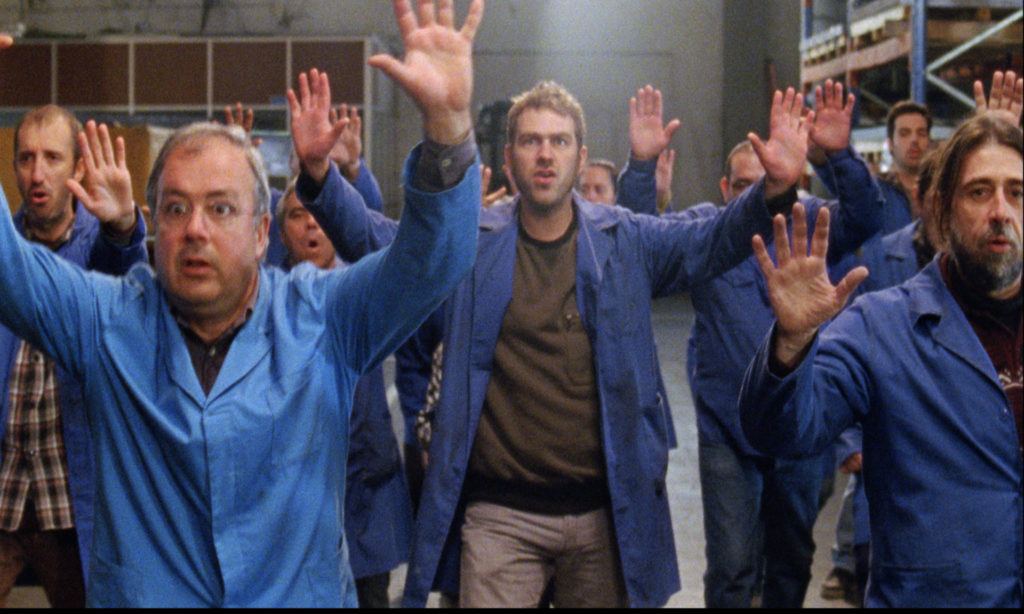 Pedro Pinho studied at the Cinema and Theatre School of Lisbon and at the Superior School Louis Lumière in Paris. In 2005/2006 he completed the post-graduate courses of Directing and Screenwriting of the London Film School at the Calouste Gulbenkian Foundation. In 2008 he co-directed with Frederico Lobo the documentary feature BAB SEBTA which won the prize Marseille Esperénce in FID MARSEILLE, and the main competitions in DOCLISBOA and FORUM DOC BH (Brazil). It was listed in the 10 best films of the year by Film Comment magazine. In 2009 he founded with five fellow filmmakers the company TERRATREME, which in recent years has been playing a central role producing and promoting new directors in the portuguese panorama. THE END OF THE WORLD (2013) is his first fiction medium-length work and was premiered at the 63º BERLINALE, at INDIELISBOA (Portugal) and at FESTIVAL DO RIO (Brazil). It got several prizes in portuguese festivals and a nomination for Best Film at Portuguese Golden Globe Awards. In 2014 he co-directed with Luisa Homem the documentary AS CIDADES E AS TROCAS, premiered at FID MARSEILLE, DOCLISBOA and THE ART OF THE REAL at Lincoln Center (USA). Nowadays he works as a director, writer and producer, collaborating with Jorge Silva Melo, and Filipa Reis and João Miller Guerra, João Salaviza and Leonor Noivo in the project CIDADE, among others. In 2017 Pedro Pinho directs THE NOTHING FACTORY, his debut multi-awarded feature film that premiered at Cannes Film Festival, and awarded with the FIPRESCI prize. THE NOTHING FACTORY has been present in the most respected international film festivals like Toronto, Rio de Janeiro, New Directors/New Films, BFI, has won the Cinevision Award for best film at FILMFEST MÜNCHEN, and the prize Giraldillo de Oro for best film at the SEVILLA FILM FESTIVAL, among others.