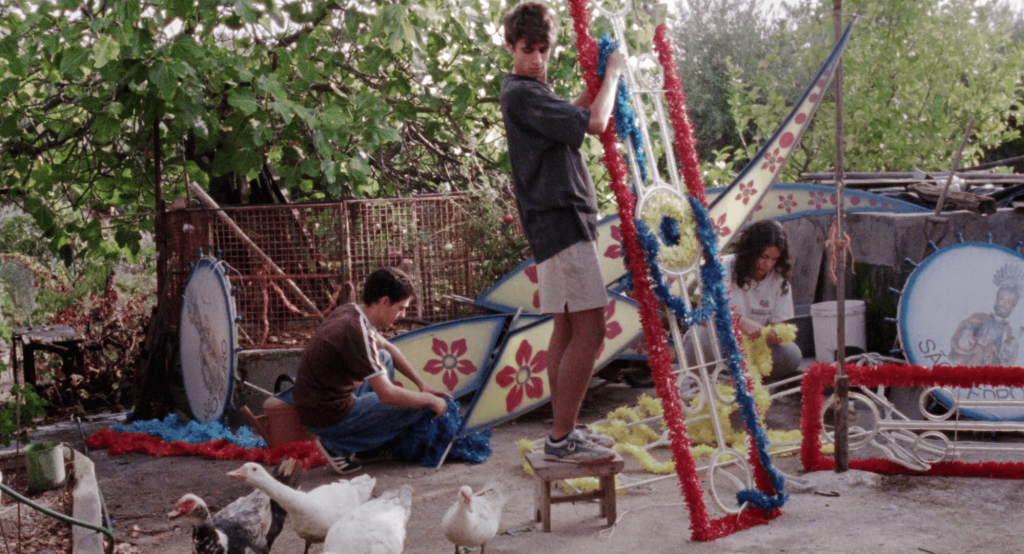 David Pinheiro Vicente was born in the Azores Islands, Portugal, and has studied Cinema and Aesthetics in Lisbon.
He worked as art director of several short films and tv series and as assistant to the director Salomé Lamas.
His thesis short film Where the Summer Goes (chapters on youth) premiered in the Berlinale Shorts competition, was shown in over 40 different countries and venues, including Ficunam, Oberhausen, Karlovy Vary and FilMadrid, received awards and honorable mentions at San Sebastian, Tel Aviv and Vila do Conde and was screened on tv and online by Arte-ZDF.
His new film The Lamb of God awaits its premiere, having already been acquired for tv and online by Arte France.
He has been appointed as one of 10 Up-coming Young Filmmakers by the European Film Academy and one of Ten New Filmmakers to follow by the European Film Promotion. He lives and works in Lisbon.